Rise of the media/technology giants is reshaping tech marketing

Microsoft boss Bill Gates’ oft-quoted statement that “content is king” is one of the foundations of digital marketing. And when it comes to marketing technology, you can see its legacy in the coming together of tech brands and the media.

My attention was drawn to this by the approval of the merger between US telecoms giant AT&&T and Time Warner, in a move that’s all about tech marketing.

There you have an industrial giant that delivers phone and internet to swathes of the US population tying up with a media behemoth with websites, movie studios and television interests aplenty.

Approval for that deal has led to expectations of similar mergers between technology brands and content creators.

But there are already many links between the biggest brands, clearly driven by marketing technology that drives both industries.

Making a difference to disabled people

A quick check of top US boardrooms revealed a few big players with a foot in either camp, people with a background in technology brands on the boards of media or social media giants, and vice versa.

The House of Mouse clearly sees an advantage in close relationships with people with insights into tech marketing. Jack Dorsey, the co-founder and CEO of Twitter, served on Disney’s board for five years until earlier this year, while Disney CEO Bob Iger also sits on the board at Apple.

Dorsey’s time at the Magic Kingdom saw the movie and TV giant announce a move to set up its own streaming service. Twitter, meanwhile, began curating content with its Moments feature.

Apple has been selling music, video and apps through iTunes for years but during Iger’s time on the board, it has been building up its own content studio.

Then there’s the relationship between Netflix and Facebook. The streaming service’s CEO Reed Hastings is on the Facebook board. The social media channel has made moves into creating original shows on its Watch tab and has plans to rival YouTube for video content.

Another Netflix board member, Ann Mather, is on the board of Google’s parent company Alphabet, which also owns YouTube.

Meanwhile, Amazon board member Judith McGrath is an advisor to Sony. Both those brands already straddle tech and media. This kind of cross-pollination, this merger of tech manufacturer and content creator, has been evident in gaming for many years.

Nintendo creates games for its own consoles and its biggest name, Mario, is an in-house creation. Sony set up a games studio to feed the appetites of gamers who snapped up the first PlayStation. And Microsoft’s biggest titles for its Xbox range – the likes of Halo, for example – are made in-house. 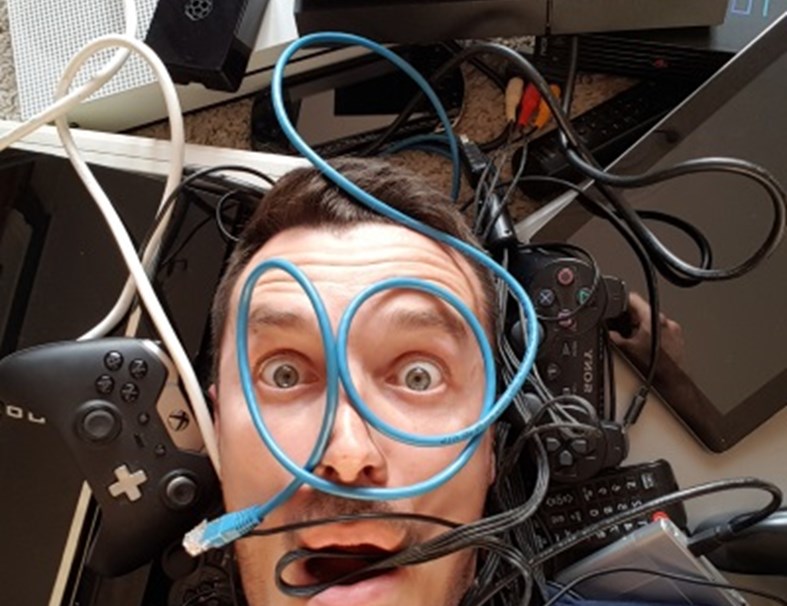 Confessions of a tech addict

And gaming is big business. It generated $108 billion in 2017 – more than double the box-office take of the movie industry. The advantages of playing both ends are clear, for both tech marketing and digital marketing.

Of course, there has long been a link-up between the producers of media and the suppliers of media. Even the venerable HMV brand began as an offshoot of the Gramophone Company, one of the UK’s first record manufacturers.

And while newspapers haven’t tended to own newsagents, they have happily plastered their branding over independent retailers for years, helping shops sell their products.

The thing is, we now live in an age of media megabrands and tech giants who rely on each other in our increasingly connected society. Expect to see more of them become integrated technology brands in the near future.